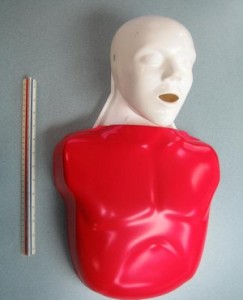 Hemangiomas occur due to the rapid division of endothelial cells of the blood vessel wall. They are usually harmless and mostly appear right after birth in infants and grow in the first year of life. They go away on their own in the next few years. It is seen that hemangiomas occur is various shades like red, blue or colorless. Strawberry red hemangiomas known as such due to the red color are located on the top layer of the skin. In case the hemangiomas are located deeper in the skin, then they can be blue or colorless. If a child has multiple hemangiomas, then it might be due to more serious conditions involving the lungs, liver or other internal organs. In such cases, it should be closely monitored by your child’s pediatrician.

Hemangiomas are most common in infants and at least 10% infants are affected by it. Females are about at 5% greater risk of developing it.

In addition to it, it is seen that white infants and those born to mothers with an abnormal placenta are at an increased risk. If the infant’s mother had

chorionic villus sampling during their prenatal period, the risk of hemangiomas increases manifold in those infants.

The first symptom of hemangioma usually appears in infants in the first 2 weeks of life. They initially appear as bumps on the skin or as a bruise like red patch on the skin. Over the next 6-9 months, they grow rapidly and form raised areas ranging from a few millimeters to a few centimeters. They have a well defined border and are bright red in color. In case, the hemangiomas lesions get too large, they might be prone to bleeding.

Hemangioma lesions generally don’t need any treatment and they resolve on their own over a few years. Hence, there are no specific self-care treatments for it. One should closely monitor the appearance of hemangioma and report any unusual development to the doctor. One should also make sure that the lesions do not bleed as it will increase chances of infection.

When to Seek Medical Care:

Seek medical attention if you notice any of the following in the hemangioma lesions:

In most cases of hemangiomas, there is no need for any treatment. But, if you find them located in the airway of the child or if it threatens the eyesight, treatment is necessary to sow down the growth. Oral corticosteroid may be prescribed for your child, in such cases. In more severe cases where it doesn’t work another medication called interferon can be prescribed. If they look cosmetically unappealing, you can get them removed by laser therapy in later life.

There is no related posts.