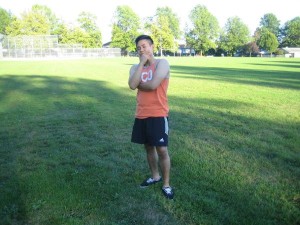 Angioedema, also called Quincke’s edema, is defined as the quick swelling (edema) of the deeper layers of the skin, including the dermis, subcutaneous tissue, mucosa and submucosal tissues. It should not be mistaken for hives or uticaria, which is swelling in the upper dermis. Angioedema may occur with or without hives.

The edema in angioedema is caused by the fluid buildup in any part of the body, including the eyes, lips, hands, feet and genitals. Most cases of angioedema are minor and can be treated and managed at home. Angioedema that is quickly progressing should be treated as a medical emergency and should seek medical attention immediately.

There are four types of angioedema, each with different causes and duration of symptoms. The four include:

Angioedema symptoms usually appear abruptly and quickly, except for the hereditary angioedema. Some of the symptoms generally associated with angioedema include:

To learn about how to treat angioedema and other skin-related injuries, enroll in First Aid Training and CPR courses for knowledge on medical scenarios.